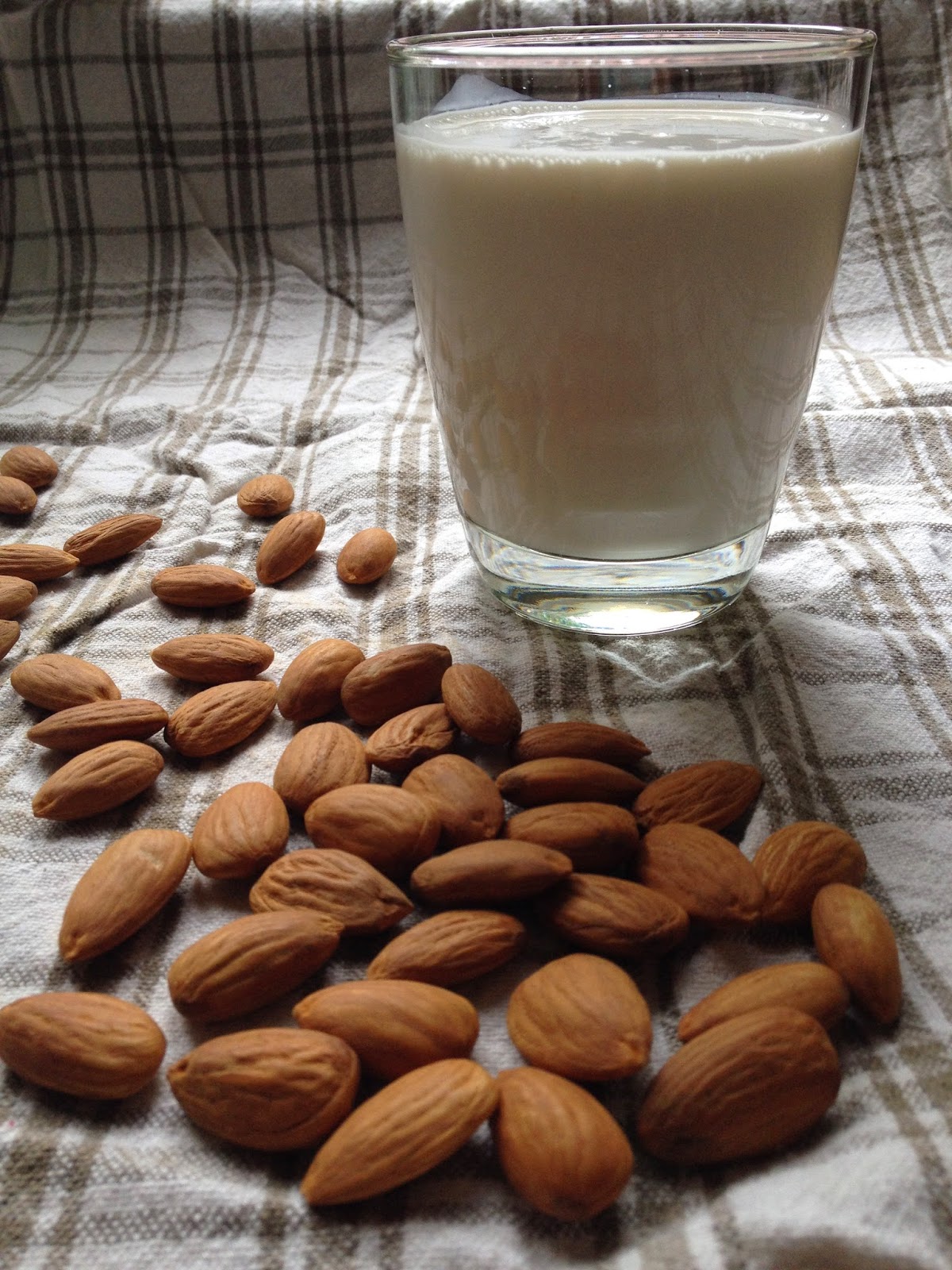 I've previously ranted about almond milk and my dislike of the misleading advertising comparing almond milk with cow's milk. Personally I dislike the flavour of the UHT almond milk, however I decided to have a go making fresh milk to see if there was a difference.

Making almond milk is really simple. Soak 1 cup of raw almonds in water overnight then drain. Place in a Thermomix or high-powered blender with 3 cups water, 2 medjool dates and a splash of vanilla extract and blend for at least a minute or until smooth.

Pour into muslin or a chux (or something called a nut bag? Sounds rude) to strain out all the fibre. Squeeze out as much milk as possible and voila! Almond milk!

This was a bit of a lightbulb moment - fresh almond milk tastes AMAZING! It's nutty and creamy and has a great mouthfeel. Now I understand what people are raving about. Don't be duped however, this is no cow's milk alternative as it doesn't contain the calcium or protein that cow's milk does but nonetheless it tastes great! The other bonus is that the leftover almond pulp can be used in baking, muesli and smoothies as it is almond meal. If you are going to use it as almond meal, you'll need to dry it out in a slow oven. If not using immediately, pop it in the freezer so it doesn't go rancid.